Armenian-Americans rally in Glendale in protest of Azeri attacks 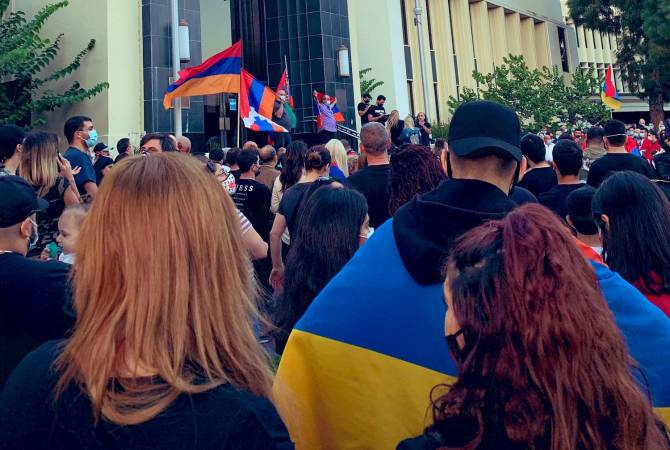 
YEREVAN, SEPTEMBER 29, ARMENPRESS. Hundreds of Armenian-Americans are rallying in Glendale to show support to Armenia and Artsakh and condemn the Azerbaijani military attack.

The Armenian community members were saying that they will stand by Armenia and Artsakh until the end.
“No matter what, we won’t give up, our spirit doesn’t know surrender”, “Ready to go today”, this and many other chants were heard during the demonstration.

The demonstrators called on their congressmen and senators and state authorities to issue official statements condemning the Azeri attack.