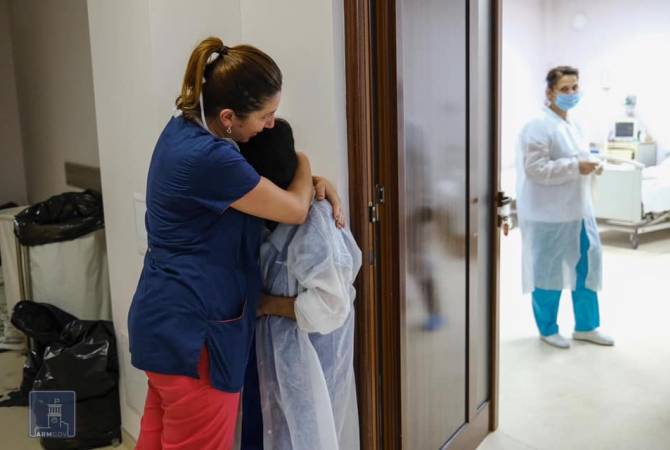 
YEREVAN, SEPTEMBER 29, ARMENPRESS. The Human Rights Defender of Artsakh has released the names of the 4 civilians of Artsakh that were killed by Azerbaijani bombardments of towns and villages.

Two women aged 59 and 79, one man aged 24, and one child aged 9 were killed in the attack, he said. The civilians were killed in Martuni, Hadrut and Martakert.

Viktoria Gevorgyan, 9 years old, Martuni. Killed in her home’s yard. Her mother and brother were wounded.

Lesmonia Stepanyan, 79 years old, Hadrut, killed from a loitering munition strike at her apartment. Stepanyan had lost her arm in 1992 outside her home from a landmine explosion. Her son was killed in the war.

More than 30 other civilians, including women and children, are wounded.

According to official reports Azerbaijan lost more than 400 servicemen, 6 gunships, 50 UAVs, 80 tanks and armored vehicles, 1 warplane and 82 other military vehicles since the fighting began.