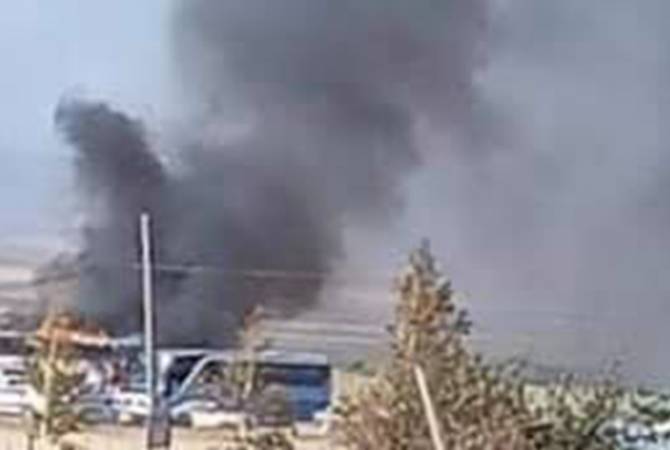 
YEREVAN, SEPTEMBER 29, ARMENPRESS. A civilian passenger bus is on fire in the Armenian town of Vardenis after being hit by an Azerbaijani military attack drone, Armenian Defense Ministry representative Artsrun Hovhannisyan said on social media.

Earlier the military spokesperson Shushan Stepanyan had said that the Azerbaijani Armed Forces opened gunfire across the Armenia state border at the Armenian Armed Forces military base in Vardenis, and also used air force against military positions.

She said this Azerbaijani attack comes right after the Azerbaijani defense ministry’s disinformation that claimed Armenia had shelled the Dashkasan region of Azerbaijan from Vardenis.