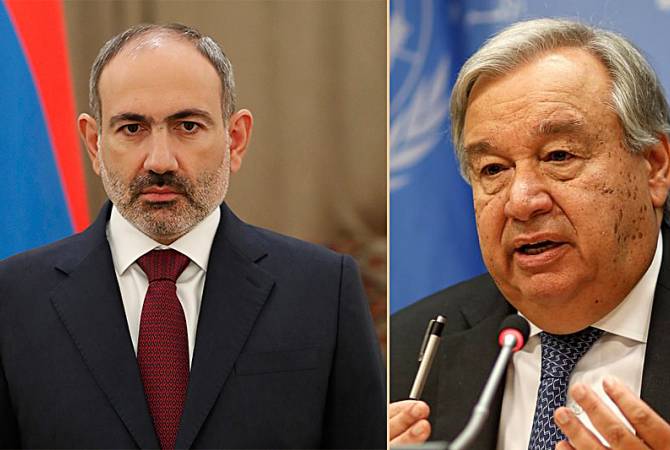 
YEREVAN, SEPTEMBER 28, ARMENPRESS.  Prime Minister of Armenia Nikol Pashinyan held a phone conversation with António Guterres at the initiative of the latter.

As ARMENPRESS was informed from the Office of the Prime Minister, the PM referred to the situation on Karabakh-Azerbaijan borderline and underlined the fact that the war has been unleashed by Azerbaijan. Pashinyan noted that in contrast to the escalations of the previous years, this time Turkey is very actively involved in the activities of Azerbaijan.

The UN Secretary General expressed deep concerns over the situation and developments, emphasizing the importance of resuming the peace process in the sidelines of the OSCE Minsk Group Co-chairs.