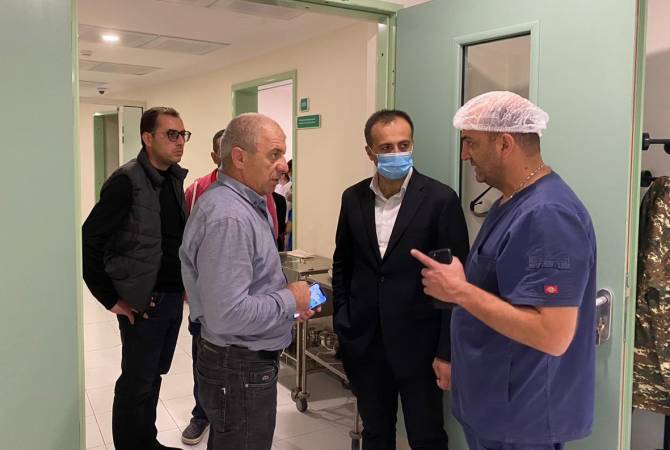 
YEREVAN, SEPTEMBER 28, ARMENPRESS. Minister of Healthcare of Armenia Arsen Torosyan has departed for the Republic of Artsakh to get acquainted with the health condition of people wounded from the Azerbaijani military operations.

During the visit the Healthcare Minister met with President of Artsakh Arayik Harutyunyan, State Minister Grigori Martirosyan and Minister of Healthcare Ararat Ohanjanyan.

Thereafter, the Minister visited the Stepanakert hospital and discussed with his colleague issues relating to the organization of medical care.