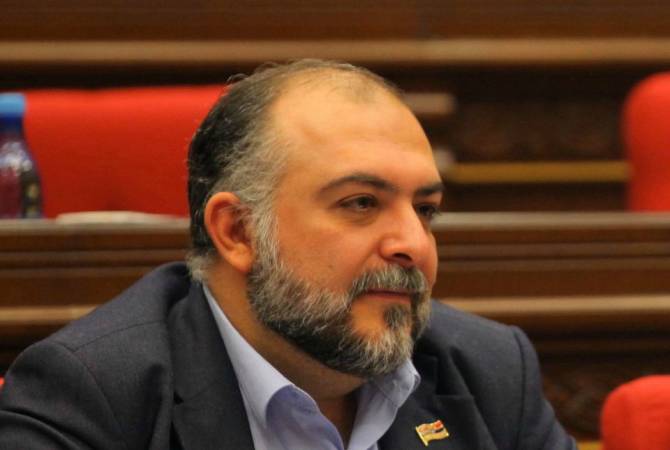 
YEREVAN, SEPTEMBER 28, ARMENPRESS. The jihadist terrorist mercenaries hired by Azerbaijan to attack Artsakh have started to loot stores, rob citizens in Azerbaijan. According to several sources, the merceneraies are even trying to impose Sharia Law upon the Azerbaijani population, Armenian lawmaker Vahagn Tevosyan said.

Tevosyan reminded that in early September the Russian Nezavisimaya Gazeta newspaper reported that militants from Syria are planning to attack Armenia, but the article was deleted after Azerbaijani pressures.

“Today, news are coming in from various sources on how these mercenaries are treating the Azerbaijanis in the villages where they are deployed. The Azerbaijani villagers are complaining that the mercenaries are trying to impose Sharia Law upon their households, are looting stores and prohibiting the sale of liquor, women are banned from going outside without hijabs, people are robbed on the streets and so on,” he said, adding that the Aliyev regime’s criminal adventurism on hiring jihadists will implode Azerbaijan.

The Human Rights Organization of Afrin has released a list of rebel divisions active in Syria that have been transported to Azerbaijan and hired as mercenaries to fight against the Artsakh military in the ongoing Azeri offensive.

According to authorities Azerbaijan has hired around 4000 militants.