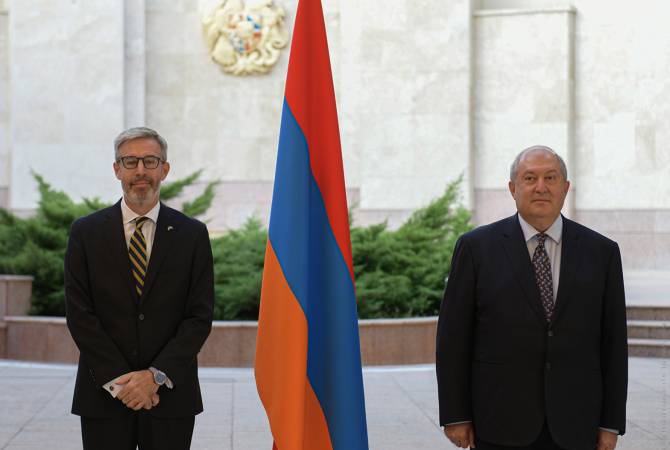 “I am happy to be the Kingdom of Sweden’s first resident ambassador in Armenia,” Svensson said, conveying the greetings of King Carl XVI Gustaf and the Swedish government to the Armenian President.

Ambassador Svensson said he will direct his efforts at the development and enhancement of the Armenian-Swedish relations. He highlighted the deepening of commercial partnership between the two countries to be a priority and said he expects to see more Swedish companies in Armenia.

The President and the ambassador talked about prospects of cooperation in various directions. President Sarkissian especially highlighted partnership in the IT sector, noting Sweden’s big successes in the area. The president emphasized the important role of modern technologies for Armenia’s future and addressed his ATOM Presidential Initiative aimed at the development of science and technology in Armenia and possible partnership with Swedish companies.