Crisis around Constitutional Court is over – Armenia PM 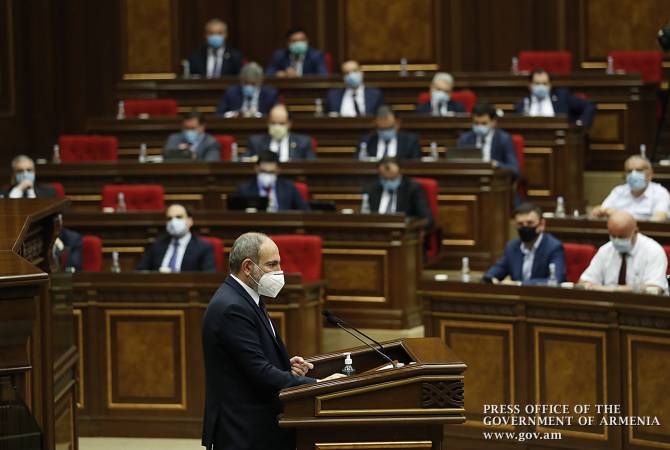 
YEREVAN, SEPTEMBER 16, ARMENPRESS. Armenian Prime Minister Nikol Pashinyan states that with the election of judges of the Constitutional Court by the Parliament the crisis around the Court is over.

“I think that what has taken place in the Parliament is very important. It put an end to, closed the crisis around the Constitutional Court. At least we should record with this that something very important has taken place. Does this mean that an ideal Constitutional Court has been formed? No”, the PM said during a Q&A session in the Parliament, in response to the question of the ruling My Step faction MP Viktor Yengibaryan.

The PM added that the government made the decision about the candidate for the Court judge within its powers.