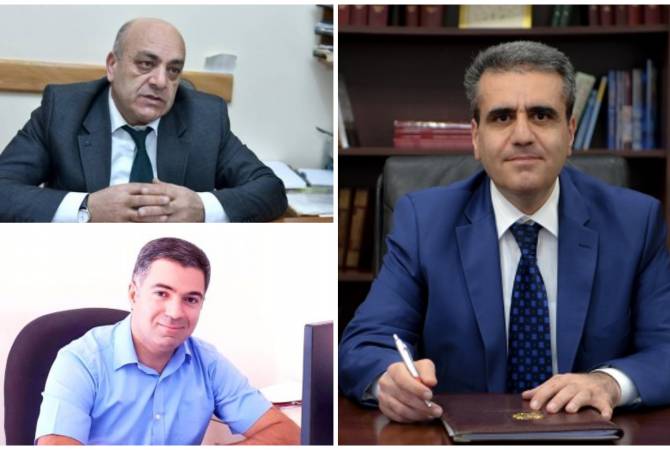 
YEREVAN, SEPTEMBER 15, ARMENPRESS. All three candidates nominated to the three vacant positions of Constitutional Court judges were confirmed to the posts by parliament.

The three candidates – Yervand Khundkaryan, Artur Vagharshyan and Edgar Shatiryan, were nominated by the General Assembly of Judges, the President of Armenia Armen Sarkissian, and the Cabinet respectively.

All three candidates passed the confirmation vote with near-unanimous results. However, the two opposition parties – Prosperous Armenia (BHK) and Bright Armenia (LHK), boycotted the voting, claiming that the entire process is taking place with violations.

The three justices will officially assume office in an inauguration ceremony in parliament.

Yervand Khundkaryan, Artur Vagharshyan and Edgar Shatiryan were nominated for the positions to replace justices Felix Tokhyan, Hrant Nazaryan, and Alvina Gyulumyan, who were ousted after the parliament passed on June 22 the ruling bloc’s constitutional amendments on suspending their powers. The chief justice of the high court, Hrayr Tovmasyan, was also suspended. His position remains vacant.