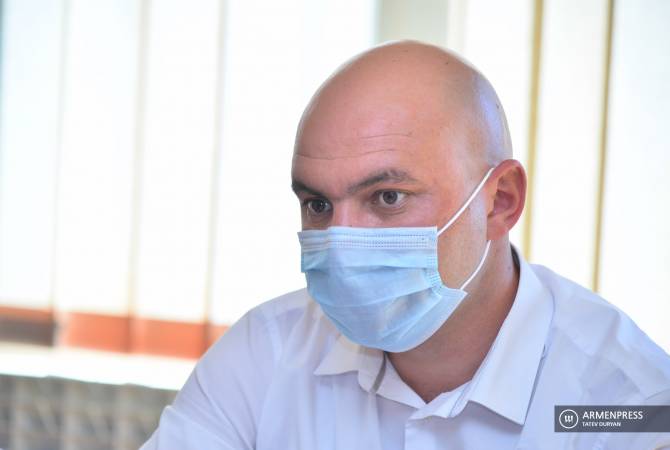 
YEREVAN, AUGUST 11, ARMENPRESS. Inspections have been carried out at the presently defunct Vanadzor Chemical Combine to reveal potential hazards regarding the storage of explosive and toxic materials at its warehouse.

After the Beirut August 4 ammonium nitrate disaster, the Armenian opposition Bright Armenia party leader Edmon Marukyan raised the issue by asking authorities to order an immediate inspection at the chemical plant’s territory in Vanadzor, citing an earlier article that claimed there is around 90 tonnes of liquid ammonium, as well as other dangerous substances, abandoned in the facility for nearly 4 years after its bankruptcy.

But inspectors say the volumes of the substances are far less. “There is no information about 90 tonnes of ammonium”, Urban Development, Technical and Fire Safety Inspection Agency chief Gegham Shakhbazyan told ARMENPRESS. “There is approximately 9 tonnes of ammonium [there]”.

He says the volumes kept at the facility pose no risk to the nearby population.

Hypothetically speaking, he says the liquid ammonium is able to cause a local fire, but even if that were to happen it would be easily stopped due to the low volumes.

What will happen to the ammonium is up to the bankruptcy administrator; the substance could potentially be sold or gradually disposed of.

The inspectors also found mercury, but the substance is stored safely and poses no risk.

However, the inspection revealed other technical and fire safety violations at the defunct plant. The bankruptcy administrator in charge of the premises will be ordered to implement the fire safety procedures. By Armenian legislation, ammonium is listed as an hazardous material, and storing it requires an annual technical safety inspection, which wasn’t implemented at the plant’s territory for 4 years.

Apart from the Vanadzor’s defunct plant, Shakhbazyan said his agency will soon launch similar inspections at the Nairit Plant in Yerevan, as well as petroleum, fireworks and other explosive substance warehouses.