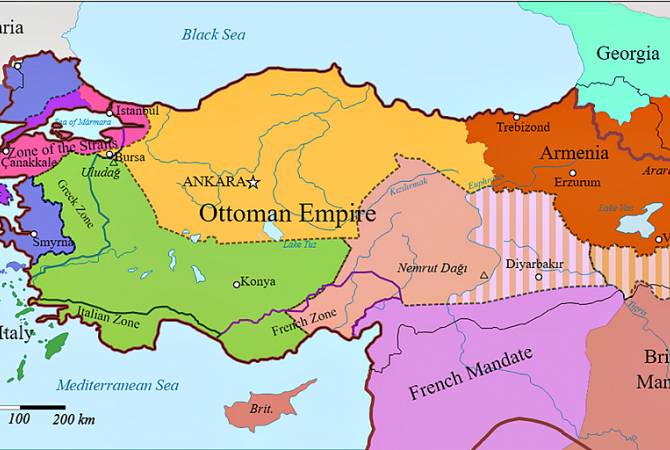 
YEREVAN, AUGUST 10, ARMENPRESS. On the centennial of the signing of the Treaty of Sevres (10 August 2020), the Armenian Cause Foundation published No. 3 of its Reprints series. It is a scientific article “On the Validity of the Treaty of Sevres and the Arbitral Award of Woodrow Wilson”, by Aida Avanessian, PhD in Law. The Article was first published in 2017, in the “Armenian Yearbook of International and Comparative Law”. It was last revised on 1 May 2020.

ARMENPRESS reports in the article Avanessian notes that it’s essential to separate the issue of validity of the Treaty from the subject of its enforceability from the perspective of generally recognized and accepted principles of international law.

According to the author, the criteria applied for determination of the validity of a treaty is if the delegation signing the treaty on behalf of a State had been authorized to sign the said treaty and whether by doing so they have not exceeded the powers granted to them.

For verification of the authority of Turkey’s delegation who signed the Treaty reference should be made to a few historical facts.

Thus, it is undeniably clear that the Treaty was signed for Turkey by its duly authorized representatives.

Subsequently, comments raised by Turkey were examined and, after making minor changes in the draft, the final text was prepared and submitted to Turkey on 17 July 1920. It was this draft of the Treaty that was tabled and approved in the 22 July 1920 session of Shuray-e Saltanat (Crown Council) which means that the representatives of Turkey had signed the Treaty within and without exceeding the powers granted to them.

Thus, it can be concluded that Treaty of Sevres is a valid document under public international law.