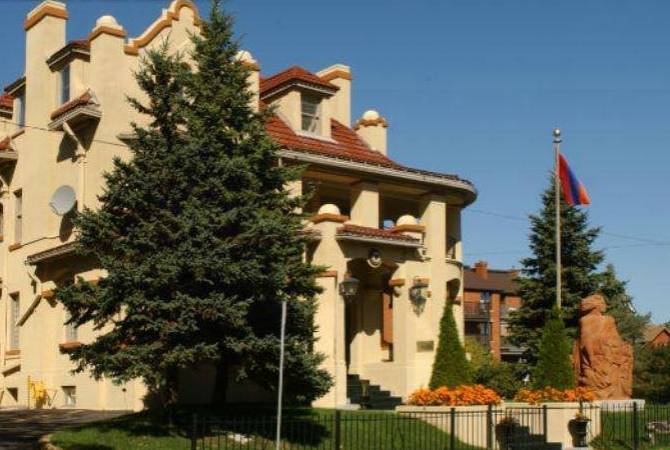 
YEREVAN, AUGUST 3, ARMENPRESS. An “incident” took place between Armenians and Azerbaijanis in the evening of August 1 in Toronto, the Armenian Embassy in Canada said in a statement.

“The embassy condemns in the strongest terms the Azerbaijani side’s policy on making provocations and inciting incidents,” the Armenian embassy said, calling on Armenians to be vigilant and not yield to provocations.

The embassy did not elaborate.

Brawls and scuffles between Armenian and Azerbaijani protesters have been reported around the world, notably in Russia, the US and the UK, after the latest Azerbaijani military attacks in Armenia from July 12 to 20. In most of the incidents, Azerbaijani demonstrators would carry out physical attacks and hate crimes on Armenians in different settings and places.