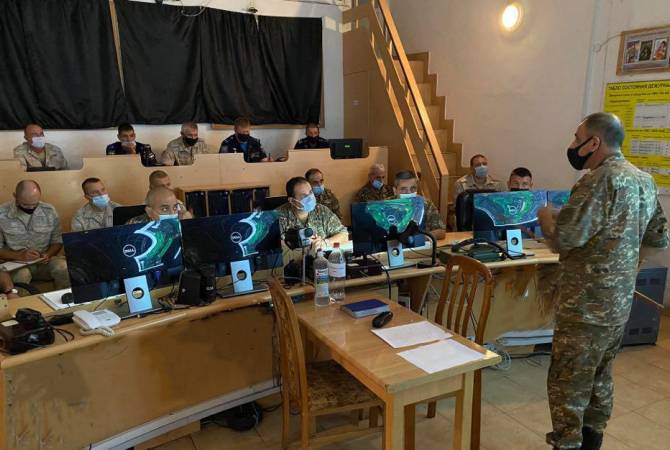 
YEREVAN, JULY 23, ARMENPRESS. The planned exercises of the Armenian-Russian joint air defense system have kicked off during which new ways of fighting against the unmanned aerial vehicles (UAV) will be developed, Armenian defense minister’s spokesperson Shushan Stepanyan said on Facebook.

“The planned exercises of the Armenian-Russian joint air defense system launched today aimed at studying the methods of counterattacking reconnaissance-attacking UAVs. During the exercises new ways of fighting against UAVs will be developed aimed at improving the counterattacking system”, she said.

The commanders of Armenian and Russian zenith-missile complexes, fighter aviation are attending the exercises.