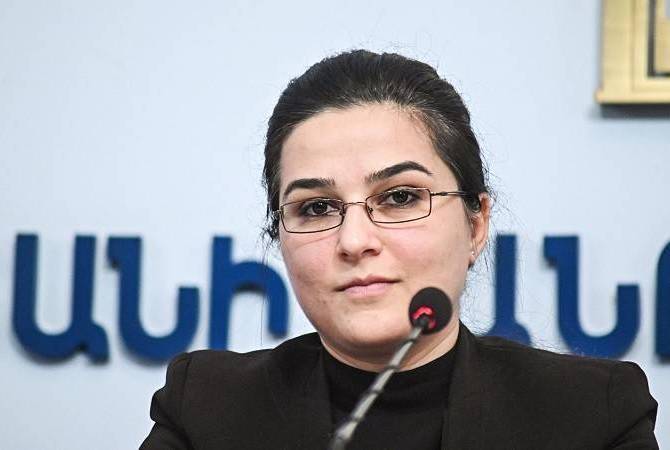 Anna Naghdalyan added that back to 2016 with unleashing the April War Azerbaijan caused a large blow to the peace process, the consequences of which have not been overcome to the end, and the recent actions of Azerbaijan returned the peace process to the 2016 April situation.

“In the past two years we have recorded concrete positive movements as the number of ceasefire violations has declined, an agreement has been reached to prepare populations to peace, and the recent exchange program of journalists was the first step of its implementation. But the hatred rhetoric and threats of the Azerbaijani leadership in the past months, their militaristic statements, on the background of which the recent escalation took place, returned the peace process to the situation of 2016 April”, Anna Naghdalyan said.

Overnight July 19-20 the situation on the Armenian-Azerbaijani border has been relatively calm. The Azerbaijani side violated the ceasefire regime 9 times from firearms in different parts of the border, firing nearly 137 shots at the Armenian positions.