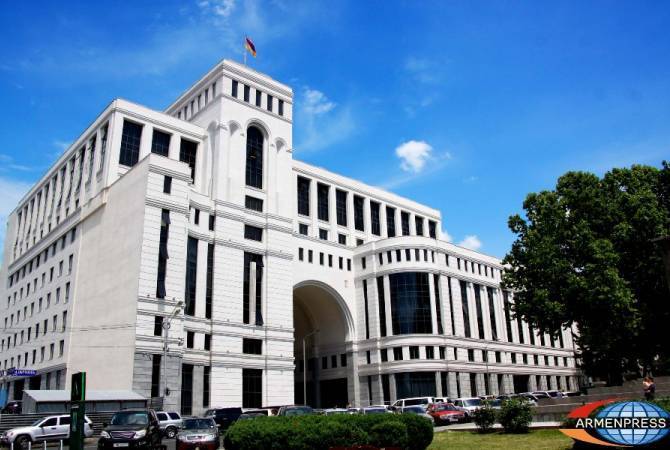 
YEREVAN, JULY 16, ARMENPRESS. The threats voiced by the Ministry of Defense of Azerbaijan to launch missile attacks at the Armenian Metsamor Nuclear Power Plant indicate the level of desperation and the crisis of mind of the political-military leadership of Azerbaijan, ARMENPRESS reports reads the statement issued by the Foreign Ministry of Armenia over the threats of the Azerbaijani defense ministry to strike the Metsamor Nuclear Power Plant of Armenia.

''The actions threatened by the Ministry of Defense of Azerbaijan are a flagrant violation of the International Humanitarian Law in general and the First Additional Protocol to Geneva Conventions in particular. Such threats are an explicit demonstration of state terrorism and genocidal intent of Azerbaijan.

Moreover, with such statements the leadership of Azerbaijan acts as a menace to all the peoples of the region, including its own people.

We strongly condemn the nuclear threats voiced by Azerbaijan, which demonstrate absolute absence of responsibility and sound judgement from this particular member of the international community.

Azerbaijan must publicly denounce such threats at once’', reads the statement.

21:06, 09.09.2021
Viewed 2111 times Heads of Armenian, Austrian parliaments discuss in detail the steps to be taken for the immediate release of POWs