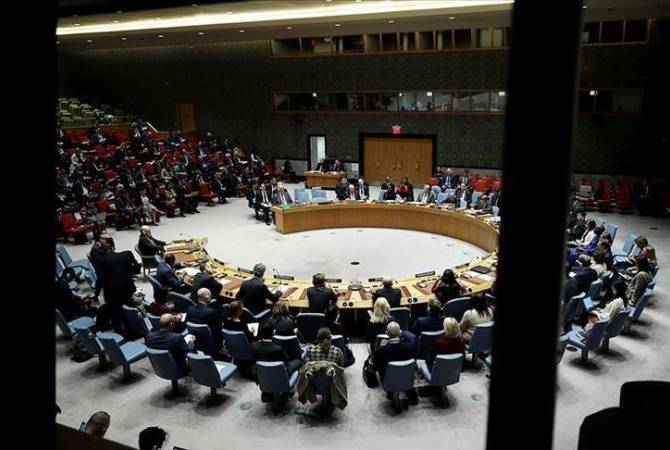 
YEREVAN, JULY 8, ARMENPRESS. Russia considers it necessary to gradually curtail the cross-border assistance mechanism for Syria and suggests adopting a resolution providing for the extension of supplies through only one checkpoint on the border with Turkey, said Permanent Representative of the Russian Federation to the UN, Vasily Nebenzya, in a statement published on Tuesday, following the vote to extend the cross-border humanitarian assistance to Syria, reports TASS news agency.

Russia and China vetoed the draft resolution by Germany and Belgium, which proposed leaving two checkpoints open for the UN.

“The time has come to phase out this mechanism in order to replace it with humanitarian supplies that will be implemented in accordance with the principles outlined in UN General Assembly resolution 46/182”, the statement said. “However, we are aware of the need to meet the humanitarian needs of all Syrians”, Nebenzya added. “We will present our draft resolution, which implies a six-month extension of the mechanism, while limiting the number of existing checkpoints to one at the Bab al-Hawa checkpoint on the Turkish border”.

Due to the UN remote mode of operation, voting took place in written form to the head of the Security Council, a source in the organization told TASS.

“Russia and China voted against the document. 13 members of the council voted in favor. The draft resolution was not adopted because of a vote against it by the permanent members of the Security Council”, the source said.

The UN Security Council made the decision to start cross-border humanitarian operations in Syria in July 2014. In January of 2020, it extended the relevant resolution for six months, but the number of checkpoints was reduced from four to two on the border with Turkey.