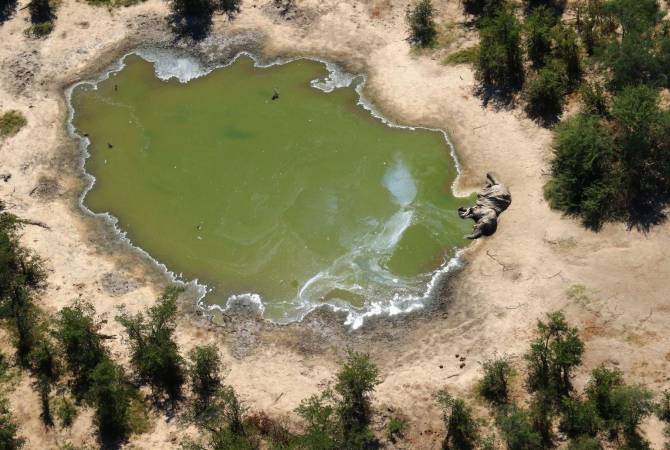 
YEREVAN, 2 JULY, ARMENPRESS: Hundreds of elephants have died mysteriously in Botswana in a matter of weeks and conservationists are urging the government to investigate the “catastrophic” situation. «Armenpress» reports citing Independent.

At least 350 elephants have died since the beginning of May in the Okavango Delta. An aerial survey found 70 per cent of the gentle giants had died near watering holes.

The cause of death had not yet been determined and the Botswana government has claimed that the possibilities the deaths were caused by poaching, poisoning by humans and anthrax have been ruled out. The tusks on the carcasses were found intact, suggesting ivory poaching was not the cause of death. Anthrax is a naturally-occurring poison found in the soil in parts of Botswana and has been known to occasionally affect wildlife, but authorities say it isn’t the culprit.

Botswana is home to a third of elephants living in Africa. Locals reported seeing the elephants walking around in circles before dying, many falling onto their faces, which could indicate something is attacking their neurological systems.