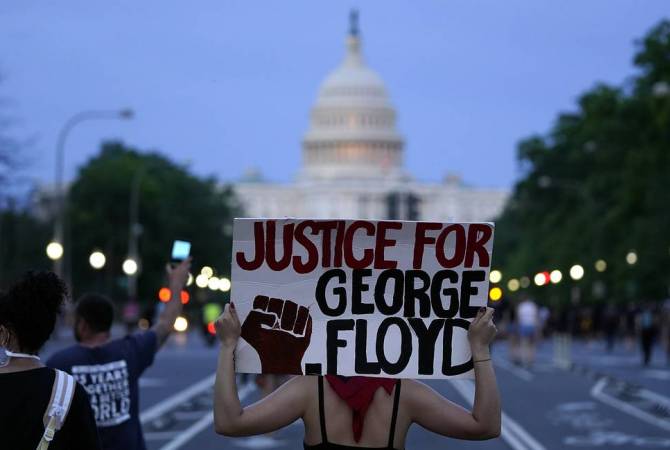 
YEREVAN, MAY 30, ARMENPRESS. As unrest spread across dozens of American cities on Friday because of the police killing of George Floyd, the Pentagon ordered the Army to put several active-duty U.S. military police units on the ready to deploy to Minneapolis, Fox News reports.

The get-ready orders were sent verbally on Friday, after US President Donald Trump asked Defense Secretary Mark Esper for military options to help quell the unrest in Minneapolis after protests descended into looting and arson in some parts of the city.

A source told Fox News that the military units would be deployed under the Insurrection Act of 1807, which was last used in 1992 during the riots in Los Angeles that followed the Rodney King trial.

The death of George Floyd, an African-American man from Minnesota, occurred on May 25, 2020, when a white Minneapolis police officer knelt on Floyd's neck for several minutes.Floyd was handcuffed and lying face down on the road, while the officer had his knee on his neck.

The incident occurred during Floyd's arrest in Powderhorn, a neighborhood south of downtown Minneapolis, Minnesota, and was recorded on smartphones of bystanders. The arrest was conducted after Floyd allegedly attempted to use a $20 bill in a deli, which an employee identified as counterfeit. Footage of the incident shows Floyd repeatedly saying “I can’t breath”.