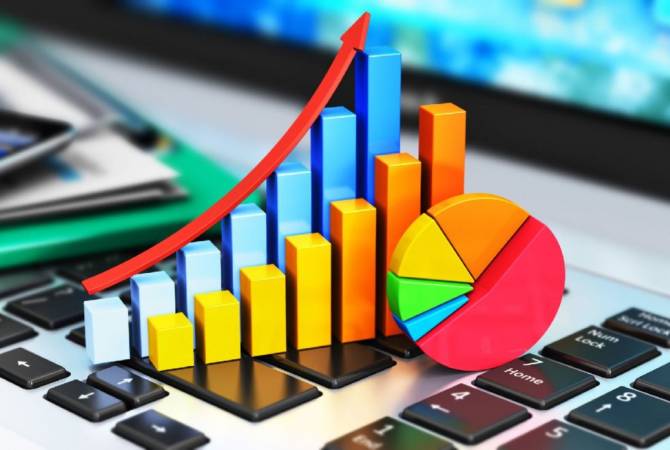 “Armenia’s economy performed strongly in 2019. However, the COVID-19 pandemic and declining commodity prices lowered the 2020 GDP growth projection sharply (to 1.7 percent), provided a recovery starts in mid-summer. A pro-longed outbreak scenario, which is increasingly likely, would result in stagnant growth or contraction. A dollarized economy and narrow export base add to the challenges of managing the shock. A recovery is expected beyond 2020 as the shock dissipates. Weak growth could slow or reverse gains in poverty reduction”, the statement released by the World Bank Armenia Office says.

The statement says Armenia’s economy expanded strongly in 2019, with real GDP growth reaching 7.6 percent, the third consecutive year of robust expansion. Growth was driven by private consumption, with investment making a modest contribution. Exports grew by 10 percent year on year but were offset by an acceleration in import spending to meet growing domestic demand. On the supply side, services accounted for about 70 per- cent of total growth, while manufacturing generated about 18 percent of growth. The construction sector expanded at 4.2 percent in 2019, its fastest pace in the last decade. The agriculture sector continued to contract, though at a slower pace. Average annual inflation was 1.4 percent in 2019 (down from 2.5 percent in 2018), mostly due to higher food and beverage prices. The low inflation environment continued in early 2020, with prices declining by 0.5 percent year on year in February. In response, the central bank lowered its key policy rate twice in 2019 and again in March 2020 by a cumulative 75 basis points to 5.25 percent.

The fiscal accounts registered a  deficit of 0.8 percent of GDP in 2019, significantly lower than the deficit target of 2.3 percent of GDP. Significant over-performance on tax collection pushed the tax-to-GDP ratio to 23 percent, 1.5 percentage points higher than in 2018. In addition, overdue liabilities to businesses totaling 0.7 percent of GDP were refunded. On the expenditure side, current spending was executed as planned, while around 85 percent of budgeted capital spending was implemented, an improvement from earlier years. Government debt fell to 50 percent of GDP at end-2019, one year earlier than envisaged in the government’s medium- term plan. Public debt (including central bank debt) fell to 53.6 percent of GDP.

“The 2020 outlook has been strongly affected by the COVID-19 pandemic and the slump in commodity prices. Under the baseline scenario, envisaging the start of a gradual recovery in mid-summer of 2020, the real GDP growth rate in 2020 is expected to moderate to 1.7 percent, one-quarter of the average growth rate recorded over the past three years as exports and domestic demand are affected. This deceleration is expected to be cushioned by fiscal expansion, both by increased current spending—in health and social spending, in particular— as well as support to businesses and higher public investment. With the slowdown affecting labor-intensive sectors, poverty reduction will be modest, at best. At the same time, a prolonged outbreak scenario would result in stagnant GDP or even an economic contraction. The probability weight on that happening is rising due to worsening health, economic, and financial outcomes across the world. Poverty would increase under this scenario”, the statement says.

According to the statement, inflation pressures are expected to remain low, reflecting low global commodity prices and moderating demand. However, pressures on the exchange rate could easily push inflation up. “The external deficit will remain wide as external demand scales back and remittance inflows drop sharply due a weaker Russian economy and a depreciated ruble. This could put pressure on the exchange rate. In the first half of March 2020, the dram lost more than 2 percent of its value against the U.S. dollar. Central bank reserves and a precautionary arrangement with the IMF provide some buffers, but policies may need adjustment in case of stronger depreciation pressures.

The budget will provide some fiscal stimulus, with the fiscal deficit forecast to widen to about 4.7 percent of GDP, including a 2.2 percent of GDP fiscal stimulus package as a response to the COVID-19 pandemic. With government debt at near 50 percent of GDP, the escape clause of the fiscal rule may need to be invoked. GDP growth is forecast to recover over the medium term, to around 4.5 percent in 2021–22, supported by stabilizing external conditions and catch-up of delayed activities. Given historical growth elasticity, the poverty rate is expected to return to a declining path”.

The World Bank states “Armenia’s most immediate challenge is to deal with the COVID-19 pandemic. The country will be impacted by the temporary collapse in external demand, both for goods and services. Tourism, a sector that has been expanding robustly in recent years, is especially vulnerable. The decline in prices for copper—one of Armenia’s key exports—will further negatively affect the external balance. Remittances, (around 12 percent of GDP in 2018 and mostly from the Russian Federation) are an additional transmission channel. Efforts to contain the spread (“physical distancing” and other preventive measures, including the imposition of a State of Emergency), will dampen demand further. A dollarized economy and undiversified exports add to the challenges of managing the shock. However, a relatively healthy banking sector, a precautionary arrangement with the IMF, as well as some fiscal buffers partly mitigate the risks”.

“Beyond the COVID-19 pandemic, Armenia needs to advance reforms to improve competitiveness and strengthen resilience to move to a path of sustainable export-led growth”, the statement added.