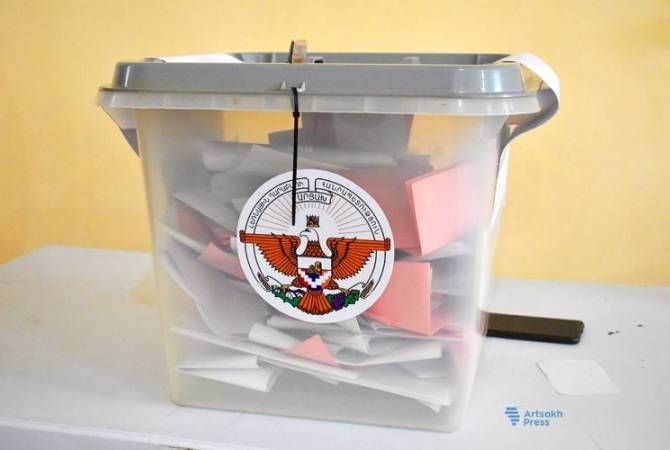 
STEPANAKERT, MARCH 31, ARMENPRESS. Citizens of Artsakh are heading to polling stations to elect a new president and parliament.

281 polling stations are opened in Artsakh.

Citizens and diplomats of Artsakh who are currently in Armenia can vote at the Permanent Representation of the Republic of Artsakh office in Yerevan.

12 political parties are running for parliament:

According to official estimates 103,663 citizens are eligible to vote.

963 observers will monitor the elections, and 231 journalists will cover the polls.

A March 19 survey had said that former State Minister Arayik Harutyunyan is the leading candidate in the upcoming presidential elections in Artsakh. Harutyunyan, a former PM of Artsakh, is running for office backed by his Free Fatherland party. 22% of respondents had said they will vote for FM Masis Mayilyan, running as an independent candidate.

8% said they favor Vitaly Balasanyan (Justice Party), while 4% said they will vote for Speaker Ashot Ghoulian (Democratic Party of Artsakh)