1920 Shushi Massacres as the continuation of the Armenian Genocide 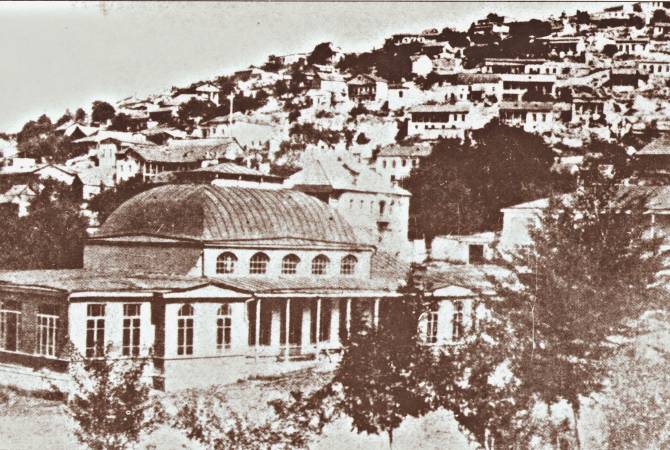 
YEREVAN, MARCH 24, ARMENPRESS. The Azerbaijani armed units, together with Tatar bandits from Shushi city organized the massacres of Armenians from March 23-26 1920. The exact number of victims is not known so far. Various sources assess from 8 to 10 thousand.

About two months after the massacres, on May 15, 1920, Karapet Vardapetyants, a priest and member of the Consistory of Shushi, and Mirza Ter-Sargsian, a church secretary, sent a letter to the Catholicos of all Armenians stating that more than 4,000 Armenians were killed during the massacres, 6,000 people fled and 3,000 were taken captive, many of whom were killed later, including women, children and the elderly.

The fact that this was a continuation of the Armenian Genocide carried out by the Ottoman Empire, in which the newly created Republic of Azerbaijan was also involved, is proved by plenty of archival documents.

Some of these documents, in particular, have been preserved in the Fund of National Archives of Armenia. About a month before the massacre took place, on February 25, 1920, the report sent by the Armenian diplomatic mission in Georgia states:

“Poidebard (the head of the French Military mission in Armenia) asks to inform you:
1. It is not Nuri (previous Ottoman minister, the brother of Enver Pasha, one of the perpetrators of the Armenian Genocide) in Shushi but Khalil (Enver’s uncle, also a perpetrator of the Armenian Genocide).
2. Only the mobs will take part in the fights, not the army.
3. It is strictly ordered to wait for the Armenians to take the first step, placing responsibility on them.
4. Tartars are acting very cautious and adept in order to attract foreign missions to their side”.

As you can see, Khalil pasha - the uncle of Enver pasha, one of the perpetrators of the Armenian Genocide - was there in the eve of the Shushi massacres. It is important to note that Enver pasha was personally involved in the murders of the hundreds of thousands of Armenians.

In a letter dated March 5, Karabakh Association in Yerevan notes that Azerbaijani authorities ordered Governor Sultanov (appointed in January 1919, with the support of the British General-Governor of Karabakh) and Khalil Pasha to launch a new offensive and disarm Karabakh.

“The latter (Sultanov and Khalil pasha) have organized mobs of Tartars and Kurds, mass pogroms of Armenians are being prepared, and they will start from Khankendi (Varakn, later Stepanakert) and Aghdam”,- the announcement reads.

According to the same statement, the Azerbaijani troops also demanded Khosrov Bek Sultanov place military garrisons in the centre of Karabakh - in Varanda and Jraberd, which was a gross violation of the pro tem agreement between Karabakh and Azerbaijan signed on August 22, 1919. Nevertheless, with the help of the Turkish General, Azerbaijan continued to mobilize troops in Karabakh and prepared an attack on Zangezur.

The resolution adopted by the 8th Congress also states that on February 22, 1920, the Azerbaijani government forces killed several hundred Armenians on their way to Khankendi, Askeran and on the road of Shushi-Yevlakh, looting homes and property owned by the Armenians. Paragraph 5 states that if such actions continue, the Armenians in Nagorno-Karabakh will have to take necessary measures to protect their lives and honour.

Thus, as we can see, the newly founded Republic of Azerbaijan laid the foundations of its genocidal and Armenophobic state policy, cooperating with Turkish representatives who have organized and perpetrated the Armenian Genocide. In this sense Shushi was not the first case; way back in September 1918, Nuri Pasha captured Baku along with Tartars, killing about 20 thousand Armenians, including women, old people and children, in just 2 months. This policy reached Nakhichevan, Gandzak, Nukhi and Aresh, as well as to Artsakh and other Armenian settlements.