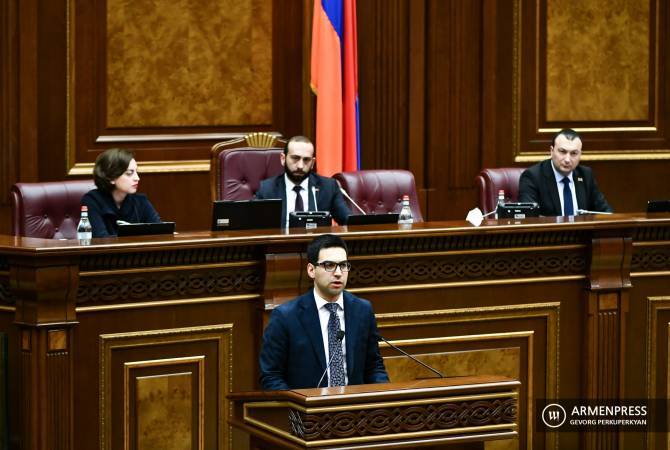 
YEREVAN, MARCH 23, ARMENPRESS. The Armenian parliament adopted the government-backed bill on envisaging administrative and criminal liability for the violation of the rules of quarantine and self-quarantine during state of emergency. The bill passed with 117 votes in favor.

The violation of self-quarantine or quarantine or other restrictions of movement during state of emergency which has negligently caused the infection of another person will be punished with a penalty in the amount of 300-500 times the minimum salary or a maximum period of 1-month jail term, as well as optional penalty of depriving the accused from the right to hold certain public positions or office for a two year term.

Liability is also defined for cases of negligently causing severe damages to someone’s health, the infection of two or more people or death. A separate article is defined for deliberately infecting someone.

The violation of the self-quarantine or quarantine that has caused severe damage to someone’s health will be punished with a fine of up to 700-times the minimum wage, 1-3 months jail term or a 2-year prison term. If a quarantined or self-quarantined person will violate the rules and cause the death of someone, they may face up to 4 years imprisonment.