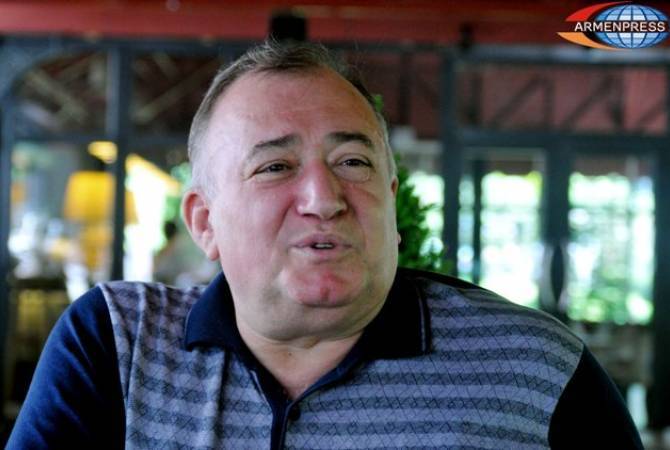 
YEREVAN, MARCH 21, ARMENPRESS. Shavarsh Karapetyan, 66, the Armenian retired athlete who became a household name after saving dozens of people from drowning in a 1976 accident in Yerevan, has been appointed to serve as Advisor to Radiy Khabirov, the Head of the Republic of Bashkortostan, a federal subject in Russia.

According to Russian media reports Karapetyan will advise Khabirov on sports affairs.

Shavarsh Karapetyan, Merited Master of Sports of the USSR, 11-time finswimming World Record-breaker, is better known for an incident which occurred on September 16, 1976. On that day, Karapetyan was jogging with his brother alongside the Yerevan Lake, when suddenly a trolleybus crashed into it.

The trolleybus lay at the bottom of the lake some 25 meters (80 ft) offshore at a depth of 10 meters (33 ft). Karapetyan swam to it and, despite conditions of almost zero visibility, due to the silt rising from the bottom, broke the back window with his legs. The trolleybus was overcrowded, it carried 92 passengers and Karapetyan knew he had little time, spending some 30 to 35 seconds for each person he saved.

Karapetyan managed to rescue 20 people (he picked up more, but 20 of them survived), but this ended his sports career: the combined effect of cold water and the multiple lacerations from glass shards, left him unconscious for 45 days. Subsequent sepsis, due to the presence of raw sewage in the lake water, and lung complications prevented him from continuing his sports career. But two years later he attempted a comeback, and won gold at USSR championships, before a final retirement.

The main belt asteroid 3027 Shavarsh, in 1978 discovered by Nikolai Chernykh at the Crimean Astrophysical Observatory, was named after him.