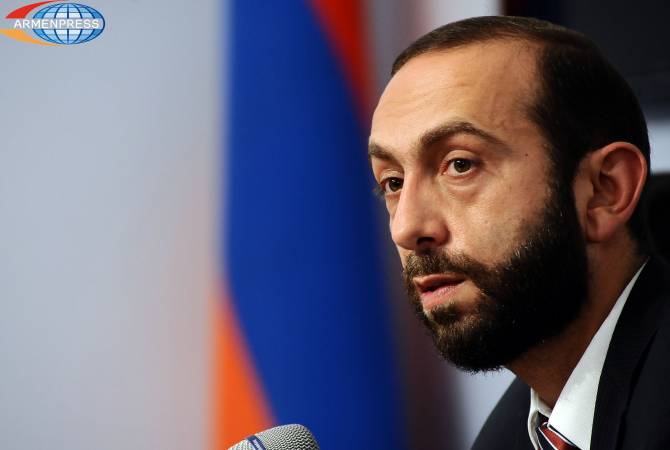 As ARMENPRESS was informed from the press service of the parliament of Armenia, welcoming the Armenian delegation, Maja Gojkovic noted that this is already the second meeting after the one held in the frameworks of the Inter-Parliamentary Union sitting. The Head of the legislative body of Serbia noted that the two peoples have historical warm relations.

Maja Gojkovic recalled the assistance shown to Armenia by the Serbian people after 1988 Spitak earthquake, and during its transportation the Serbian pilots fell victims of the plane crash. She added that Armenia in its turn was one of the countries that showed humanitarian aid to those who suffered from the disastrous flood in Serbia several years ago.

In his turn the Speaker of the National Assembly of Armenia  thanked his colleague for the invitation and warm reception and reaffirmed the friendly ties existing between the two peoples, where the Armenian community in Serbia that gets support from official Belgrade, also plays its role. Ararat Mirzoyan noted that the potential of huge political and economic cooperation exists between the two countries which confidently should be called into life with joint efforts. The process of visa abolishment is also characteristic between the two countries.

The parties discussed the perspectives of deepening the relations between the two countries, the possible economic cooperation, the more intensive cooperation of the two parliaments at bilateral level between the Friendship Groups and Standing Committees, as well as on multilateral platforms.

While touching upon the conflicts of Kosovo and Nagorno Karabakh the heads of the two countries’ parliaments agreed that despite the differences existing between them, the peaceful negotiations have no alternative and have reached an agreement at least not to harm each other’s interests on the international platforms.

At the end of the meeting Ararat Mirzoyan and Maja Gojkovic signed a Memorandum of Cooperation between the two countries’ parliaments and made statements for the press.

Let us note that before the launch of the official meeting the heads of the two parliaments laid flowers in memory of the pilots who fell victims during the plane crash in 1988.