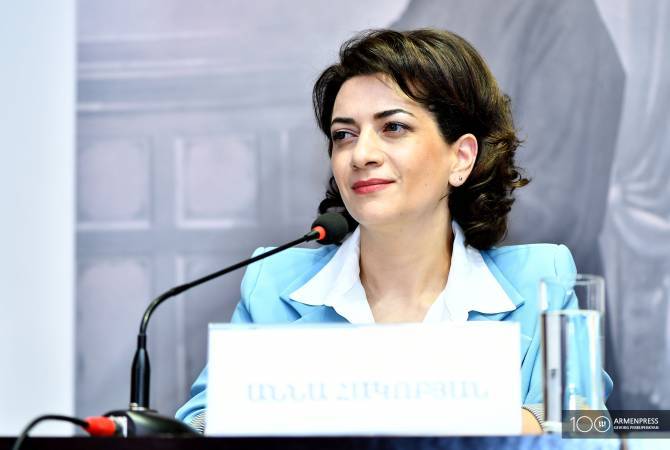 
YEREVAN, MARCH 3, ARMENPRESS. Armenian Prime Minister Nikol Pashinyan’s spouse Anna Hakobyan, the Chairman of the Board of Trustees of the My Step and City of Smile charity foundations, will travel to the United States on a visit, where at the invitation of the State Department she will participate at the annual International Women of Courage awarding ceremony on March 4.

US First Lady Melania Trump is scheduled to deliver remarks at the event.

During the visit the Armenian PM’s wife will have a meeting with Assistant Administrator for USAID’s Bureau for Europe and Eurasia Brock Bierman, Hakobyan’s Office said.

On the same day, Anna Hakobyan will attend a concert at the Washington National Cathedral dedicated to the 100th anniversary of establishment of Armenian-American diplomatic relations.

On March 6th, Hakobyan will travel to Brazil. She will have a meeting with First Lady Michelle Bolsonaro in Brasilia. Later on the same day, Anna Hakobyan will meet Armenia’s Honorary Consul Hilda Burmaian in Sao Paulo.