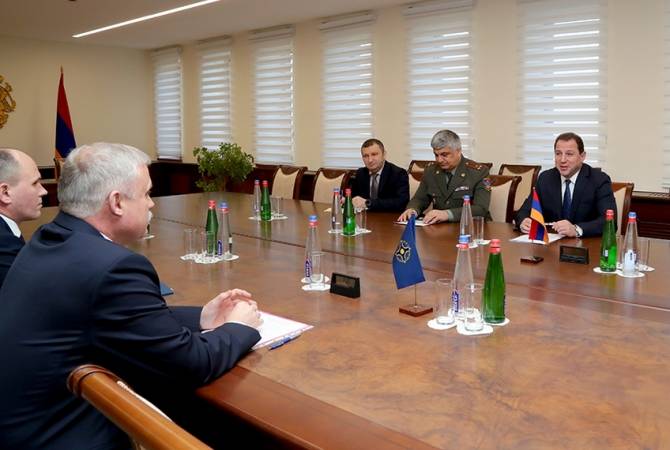 Zas, the new head of the Collective Security Treaty Organization, is currently on a visit to Armenia.

Tonoyan congratulated Zas on his appointment as Secretary General.

“During the meeting issues of international and regional security were discussed, as well as the process of further developing the military component of the CSTO,” the defense ministry said in a news release.

The sides also discussed the development of the CSTO Crisis Response System, the increase of the potential of the CSTO Rapid Response Collective Forces and Peacekeeping Forces, the perfection of the system of representatives of the organization’s militaries, the joint combat readiness exercises, as well as issues related to the implementation of joint events dedicated to the 75th anniversary of the Great Patriotic War victory.