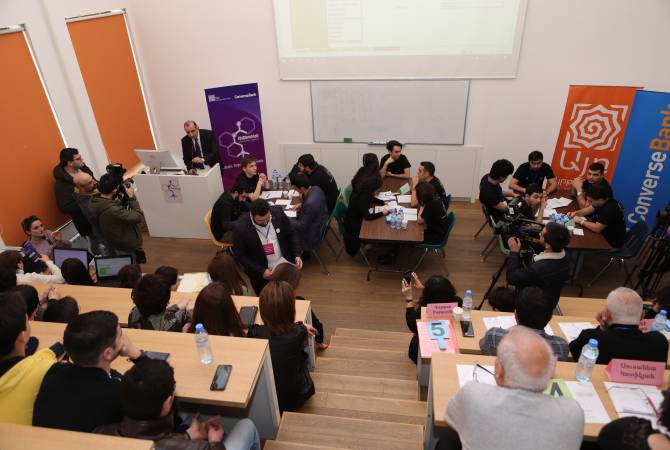 
The results of the student chemists’ tournament were summarized.Joint PR team of Yerevan State University and Mkhitar Heratsi State Medical University was acknowledged the winner of the tournament.

The tournament was held at the initiative of the Ayb Educational Foundation. Converse Bank acted as the main sponsor.

“The goal of the student tournament is to increase the interest of young people towards Chemistry and to contribute to the development of this branch of science in our country as well as to help attract new specialists in various fields. The new tournament is a logical continuation of the pan-Armenian tournament of young Chemists, which has been successfully held by the Foundation for 10 years, and is aimed at strengthening ties with both science and a number of areas of the economy in our country, ”said Sona Koshetsyan, Executive Director of Ayb Educational Center .

Converse Bank Business Development Director Arthur Naapetyan, in turn, noted that as part of the corporate social responsibility program and cooperation with the Ayb educational center, the bank has been the main sponsor of the chemistry tournament for the third year in a row.

“In past years, we acted as the general sponsor of the Pan-Armenian tournament of young chemists, supporting the participation of the Armenian team in the international tournament of young chemists in 2019. I am sure that chemist tournaments for students will become one of the most anticipated educational initiatives, contributing not only to an increase in interest in chemistry among students, but also become a kind of bridge between them and potential employers, ”he said in his words.

It should be noted that it is for the first time in Armenia that a chemistry tournament for students was held, with participation of teams from various universities specializing in chemistry field.