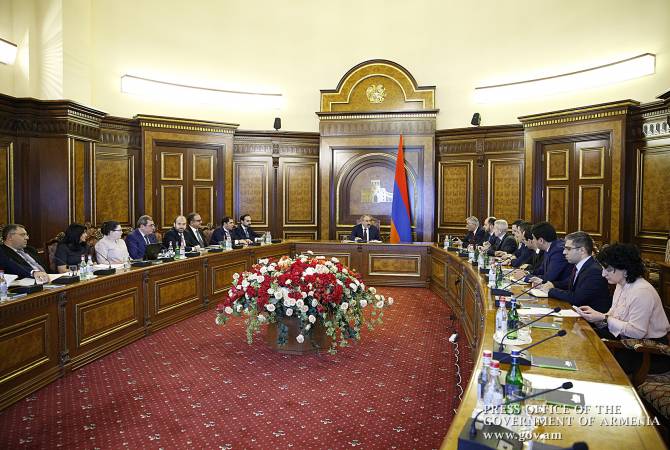 Finance Minister Atom Janjughazyan introduced the goals set by the concept for which the tax reforms are going to serve, as well as the directions and principles under which these changes should be carried out. The main goal is to form a balanced approach that will contribute to creating favorable conditions for economic development, solving social issues and ensuring a balanced attitude towards environment.

PM Pashinyan highlighted the importance of the topic and stated: “We are going to make very courageous decisions in the future starting from property tax up to the next tax changes. The logic and goal of these changes is the following that the state revenues should increase with the logic to give an opportunity to the economy to develop so that they will further increase in the future. And people should change their attitude to paying taxes which exists today. So what we need to do for this purpose? Firstly, the pillar is the anti-corruption fight, in other words each citizen of Armenia should be convinced that there is a government in Armenia which doesn’t rob from them and doesn’t rob from any place, and not only the government, but also the whole public administration system. The citizen should believe that the state leadership is not robbing, and if there are cases of robbery, that people will be found and punished.

Pashinyan said the current concept should become the base for the tax reforms strategy.