Chief of Staff Lt. General Davtyan has no plans to resign over non-combat fatalities in military | ARMENPRESS Armenian News Agency

Chief of Staff Lt. General Davtyan has no plans to resign over non-combat fatalities in military 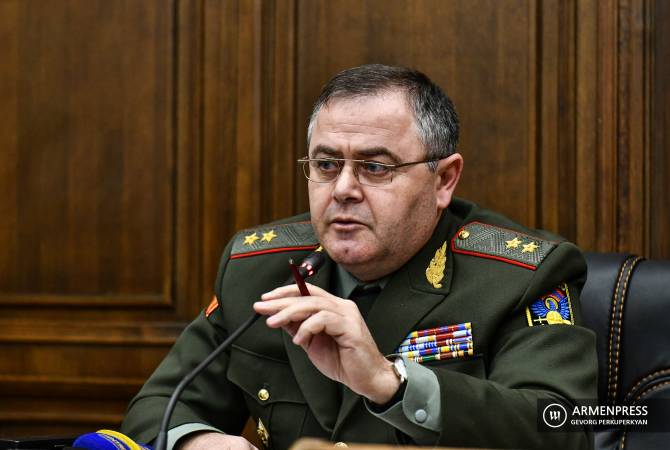 “First of all, I’m not going to resign,” he told reporters after being summoned to parliament over the matter.

“Second, since January 1 2020 out of the 13 (conscripted and contractual servicemembers, officers) fatalities 4 were as a result of accidents, 4 were as a result of circumstances not related to service (disease, personal), and the 5 other cases are under criminal investigation, the circumstances are being determined. After these cases I visited the military bases, I participated in the servicemen’s funerals, I am not avoiding this,” Davtyan said.