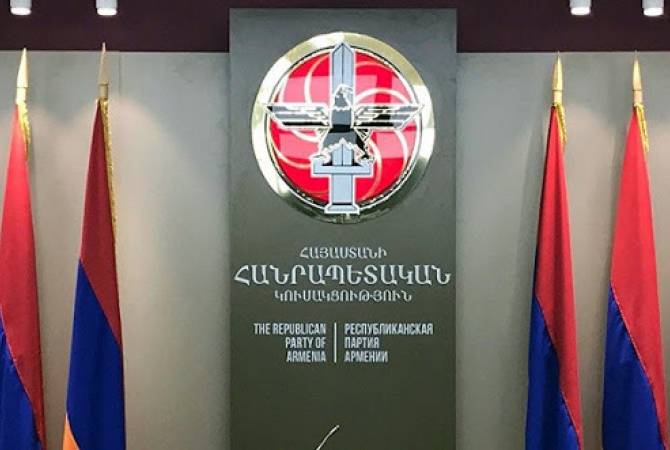 
YEREVAN, FEBRUARY 14, ARMENPRESS. The Republican Party of Armenia (HHK), the former ruling party which is not represented in parliament, has announced that it will not participate in the campaigning ahead of the constitutional referendum regarding the Constitutional Court.

The HHK said in a statement that the process of initiating the referendum “grossly contradicts with its content and procedure the Constitution and the Rules of Procedure of Parliament Constitutional Law”. It further said that the political subtext of the issue has nothing to do with building a state of law and strengthening democracy.

In turn, the Armenian Revolutionary Federation (ARF), another political party not having seats in the current parliament, called for “ignoring” the scheduled referendum due on April 5 and addressed political parties and the civil society to unite efforts to prevent a “Yes” vote.