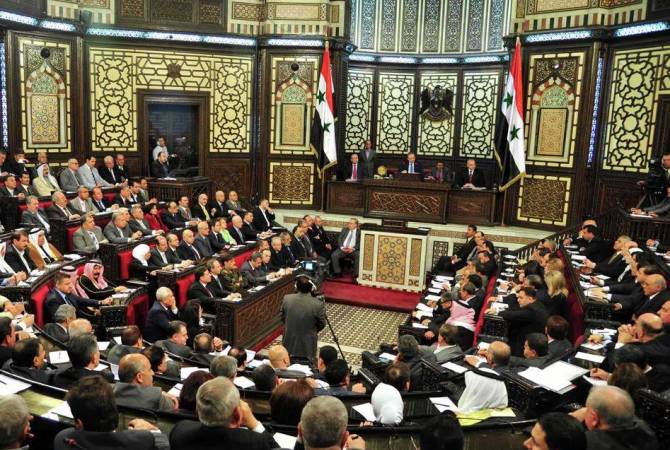 The resolution has been introduced by the Syria-Armenia Parliamentary Friendship Commission.

Secretary of the Syrian Parliament Rami Saleh had noted that although the parliament had previously paid homage to the memory of the Armenian Genocide victims, this resolution was necessary to be adopted.

Syrian Ambassador to Armenia Mohammad Haj Ibrahim attached importance to the recognition of the Armenian Genocide, noting that the successors of those who committed the genocide are committing the same crime today against the Syrian people through terrorists.

“Recognition is important, because only Lebanon from Arab countries has recognized the Armenian Genocide so far”, he had said.

Chair of the Syrian Parliament’s Arab and Foreign Affairs Committee Boutros Morjana emphasized that the Armenian Genocide is a historical fact, which was followed by the massacres of Assyrians and Arameans at the northern borders of Syria.

“It is time to recognize and condemn these inhumane actions and prevent their repetition, especially that many countries have recognized the Armenian Genocide”.