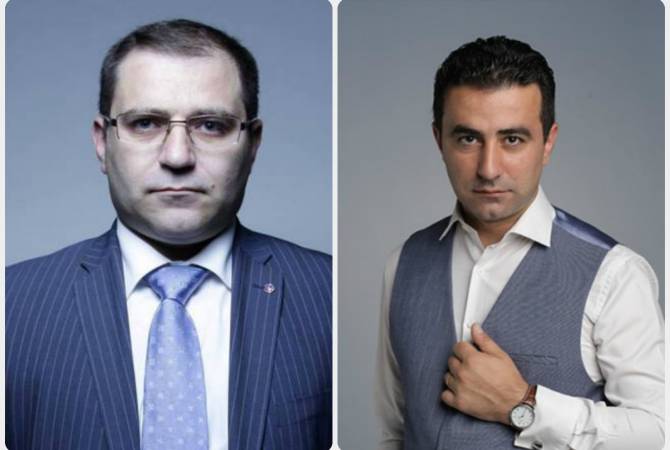 
YEREVAN, JANUARY 28, ARMENPRESS. The co-founder of the Adekvad political party Konstantin Ter-Nakalyan and founder of the VETO initiative Narek Malyan have been released shortly after being detained by police on suspicion of illegal possession of weapons and ammunition.

Malyan, an activist best known for being one of the most vocal critics of the Open Society Foundations Armenia office, told reporters that officers searched his personal belongings at the police station and released him since he had nothing illegal.

Ter-Nakalyan, the co-founder of Adekvad - a political party that started out as a Facebook activism group, said three other members of their party – Artur Danielyan (co-founder), Azat Adamyan and Grigor Minasyan, are still in the police station.

The Ombudsman had dispatched his rapid response team to the police station to review the situation.

19:52, 06.24.2022
2462 views The Chinese Ambassador to Armenia attaches importance to cooperation with Shirak Province in various fields