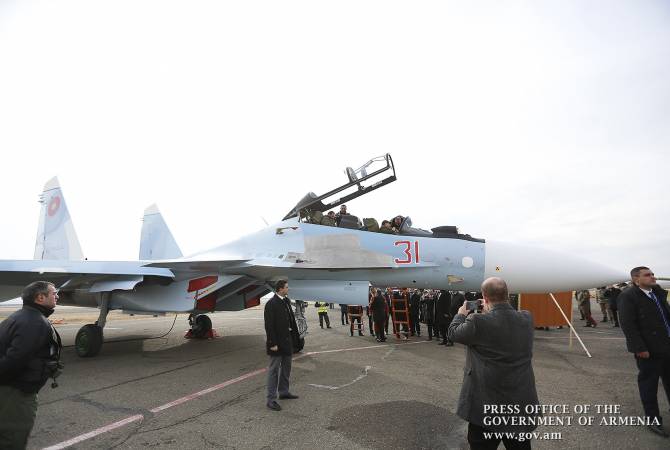 
KAPAN, JANUARY 25, ARMENPRESS. Prime Minister Nikol Pashinyan says since the Armenian military has acquired brand new and modern weapons and equipments, the “shameful chapter of the 1980’s weapons” is closed.

“In the 2020 budget the Defense Ministry has been allocated 307 billion drams, which is 28% or 66 billion drams more than in 2018, and 4,5% more than in 2017. Since May 2018 the Republic of Armenia has acquired unprecedented quantity of weapons-ammunition compared to the visible period of time: SU-30SM multi-role fighter jets, TOR M2KM and Osa AK air defense missile systems. The military has been supplemented with artillery equipment, rocket launchers, small arms, ammunition, 310 units of motor equipment. Prototypes of various types of weapons were tested. The Government of Armenia has closed the shameful chapter of the 80’s weapons, because the weapons that we acquired are either manufactured in 2019 or brand new, unused,” he said during the 100 Fact about New Armenia Part III news conference.