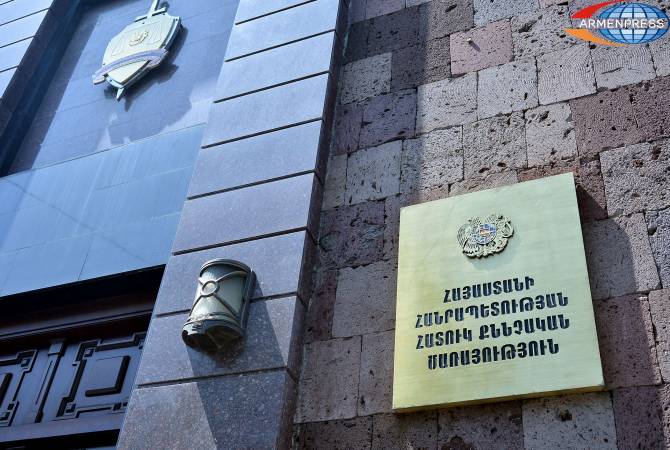 “We find it noteworthy to inform that the persons, including the lawyers, participating in the search conducted by the detective have been given the chance as prescribed by due process to get acquainted with the warrant,” the Special Investigations Service said,

“We urge Hrayr Tovmasyan’s defense team to act within the framework of law and refrain from making false and misleading statements,” the agency said.

Earlier, Tovmasyan’s lawyer Makinyan spoke to reporters outside the Constitutional Court president’s apartment and said that the detectives have arrived to conduct a search. “There is a court warrant. The search hasn’t yet started because the head of the investigative group is obstructing the full exercise of our rights. Particularly, Tovmasyan and one of his other lawyers Mihran Poghosyan haven’t been enabled to get acquainted with the court warrant in its entirety. We have filed a respective motion”.

Tovmasyan is charged with misconduct in a criminal investigation into an alleged crime committed during his tenure as minister of justice.