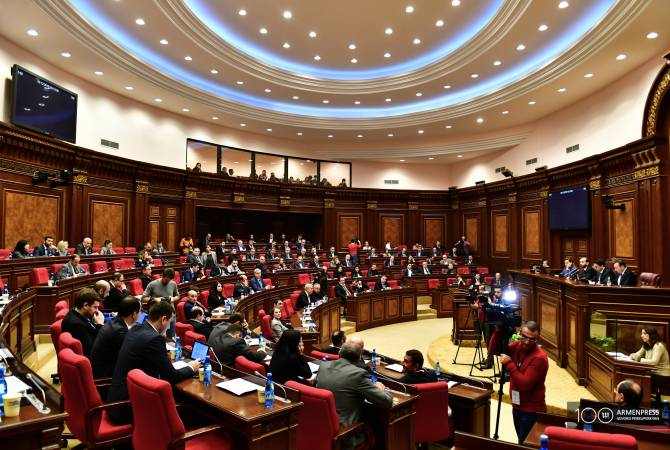 
YEREVAN, JANUARY 21, ARMENPRESS. The Parliament of Armenia adopted the package of bills on making changes and amendments to the Law on Public Service at the second reading.

The package of bills relates to the process and implementation of public administration reforms. The first stage of these reforms took place by the laws adopted on March 23, 2018. With this package of bills the second stage of reforms is being carried out and later the third stage will also be presented.

The MPs approved the package of bills with 120 votes in favor.