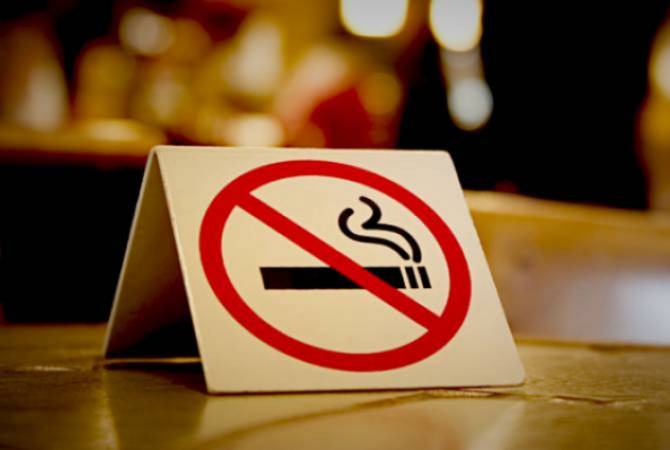 
YEREVAN, DECEMBER 10, ARMENPRESS. Parliament passed at first reading the smoking ban bill with 83 votes in favor and 15 against.

The bill envisages a smoking ban (including vaping) in indoor areas. Smoking in public transportation vehicles, children’s playgrounds, healthcare, educational or cultural establishments will be banned by the law. Tobacco sale, promotion and advertisement will also be regulated by the law.

The new law will also envisage a fine for motorists who will smoke while driving.

The bill was approved by the Cabinet in September.