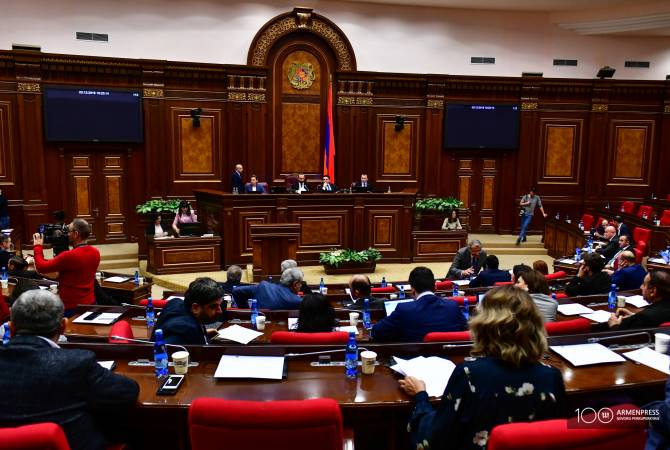 65 lawmakers voted in favor, 33 voted against.

The opposition Bright Armenia (LHK) and Prosperous Armenia (BHK) parties announced before the vote they will vote it down.

However, the ruling bloc had said it will vote in favor, and Speaker Mirzoyan praised the "very democratic bill".

The law will envisage early retirement system for Constitutional Court justices who will step down by January 31, 2020. Particularly, those who will resign will continue receiving pensions at the rate of their current wages for as long as they would’ve received in the event of remaining in office.