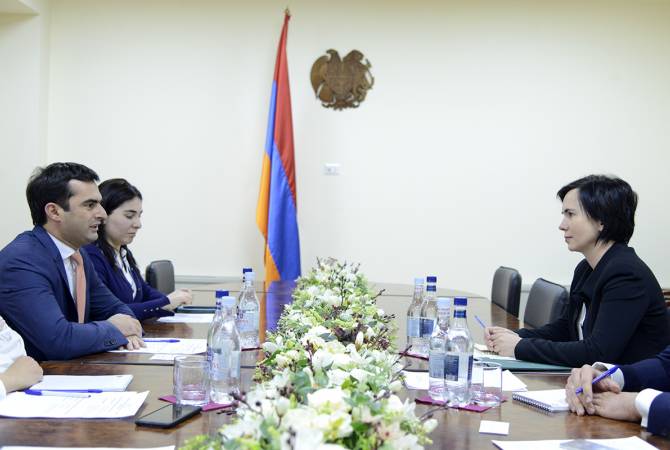 Welcoming the Ambassador, the minister wished success in her future activities. Minister Arshakyan touched upon the cooperation between the two countries, Lithuania’s achievements in the technology field and introduced the ministry’s activity directions.

In her turn the Lithuanian Ambassador thanked for the warm welcome and stated that the Armenian and Lithuanian peoples have formed friendly, partnering relations during the course of years, which have great prospects to further develop.

The Ambassador introduced the minister on Lithuania’s technological achievements, touched upon the cooperation opportunities with Armenia. She said Lithuania is interested in the Armenian experience in technological education, in particular the activity of TUMO Center and want to introduce it in their country. The Ambassador also touched upon the possibility to lower roaming tariff between the two countries.

The minister proposed the Ambassador to organize the participation of Lithuanian companies to the Digitec Expo 2020 and ArmHighTech Expo.