There is political will to eradicate corruption in Armenia, says PM | ARMENPRESS Armenian News Agency

There is political will to eradicate corruption in Armenia, says PM 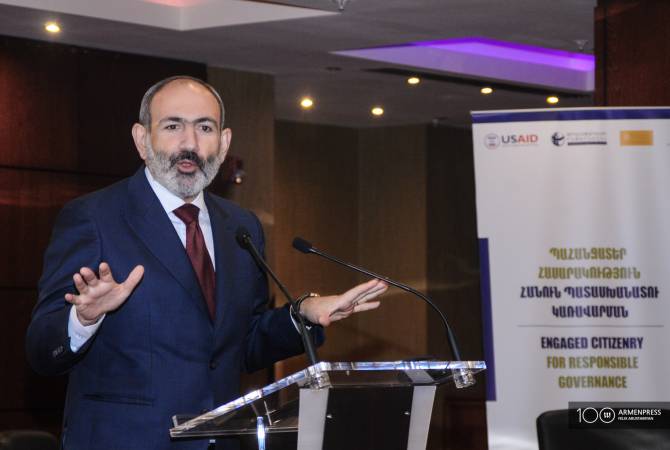 
YEREVAN, DECEMBER 9, ARMENPRESS. There is no systematic corruption in Armenia, but this doesn’t mean that there are no corruption phenomena in the country, Prime Minister Nikol Pashinyan said in his remarks at a conference organized by Transparency International on the International Anti-Corruption Day in Yerevan.

Pashinyan reminded that few days after his election as PM he announced that there is no more systematic corruption in Armenia. He once again reaffirmed his statement at this conference.

“Systematic corruption is when the profit existing in corruption circles reaches the top to a certain amount. I am proud to state that there is no systematic corruption in Armenia, but this doesn’t mean that there are no corruption phenomena in the country. I want to clearly state that there is a political will to eradicate corruption and I want to share some concerns and facts with you. Recently during the session of the board of our party we touched upon the topic of corruption for several times and recorded that even the members of the closest team will not have any pardon if they are involved in corruption. Be sure that I am genetically incompatible person with corruption”, the Armenian PM said.

The next recording, according to the PM, is that the fight against corruption should not be viewed as a process against the former corrupted leadership. Pashinyan noted that there is no former, current leadership for them.

“Moreover, it is doubly unacceptable for me when a person appointed by me is engaged in corruption. I want to state that recently at least four officials have been charged”, he said.

The PM also commented on the bonus funds through which quite high bonuses are paid to the state employees.

“The comment was that it is also a fight against corruption. In terms of content this is not wrong, but I want to make it clear. The increase in payments with the amount of salary is not in the sense of prevention, but it was done so that later we will not have a remorse that we gave a little salary that’s why they were engaged in corruption deals”, the PM added.