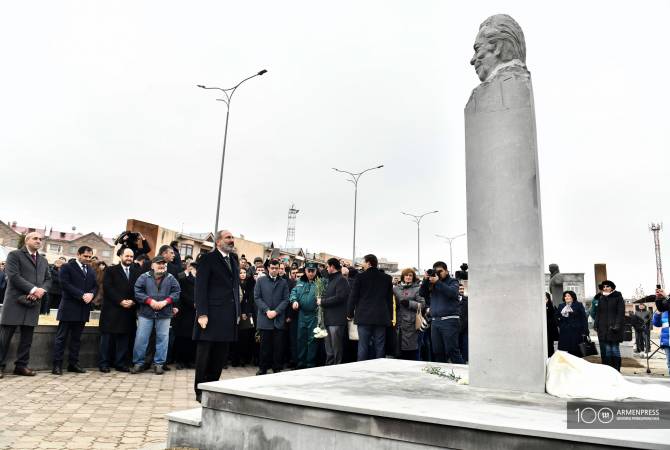 
SPITAK, DECEMBER 7, ARMENPRESS. A bust of the late Armenian-American business magnate and philanthropist Kirk Kerkorian (1917-2015) was inaugurated today in the town of Spitak on the 31st anniversary of the 1988 earthquake. Prime Minister Nikol Pashinyan and other government officials were in attendance of the opening ceremony.

He told reporters that he personally once met Kerkorian in Yerevan and gifted him a sculpture.

Armenian-American businessman, investor, and philanthropist Kirk Kerkorian donated multi-million dollars to Armenia through his Lincy Foundation, which was established in 1989 after the devastating earthquake of Spitak.

Kerkorian named the foundation Lincy in honor of his daughters Linda and Tracy.

In 2004, Armenia awarded its highest honor to Kerkorian – the National Hero of Armenia title.

A statue of Kerkorian was inaugurated in 2018 in Gyumri.