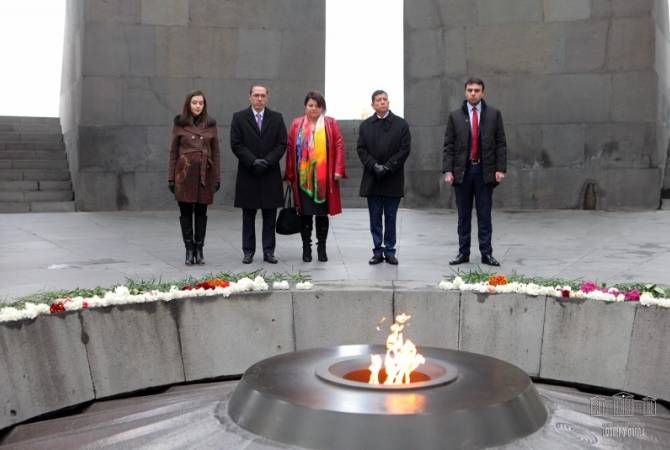 The Guatemalan delegation laid flowers at the Eternal Flame and observed a moment of silence in honor of the Armenian Genocide victims.

Then, the lawmakers also toured the Armenian Genocide Institute and signed the guestbook.