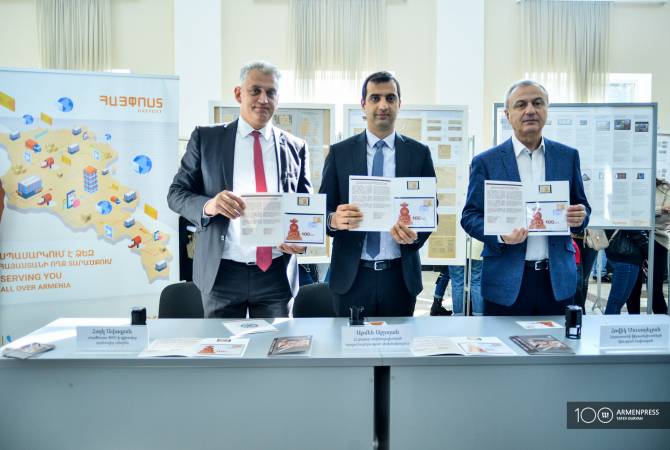 The postage stamp was cancelled by Deputy Minister of High-Technological Industry of the Republic of Armenia Armen Abroyan, Chief Executive Officer of HayPost CJSC Haik Avagyan, President of the Union of Philatelists Hovik Musayelyan.

Musayelyan said collections in different topics are presented at the exhibition. “Philately has an important mission. Thanks to the national postage stamps one can get acquainted with the nation’s identity, history and culture”, he said.

The postage stamp with nominal value of 230 AMD is printed in “Cartor” printing house in France with a print-run of 40 000 pcs. The author of the stamp’s design is the designer of HayPost CJSC David Dovlatyan.

The postage stamp also depicts the seal used in the post at that time as well as the inscriptions “FIRST POSTAGE STAMP” and “100TH ANNIVERSARY” in Armenian and English languages.