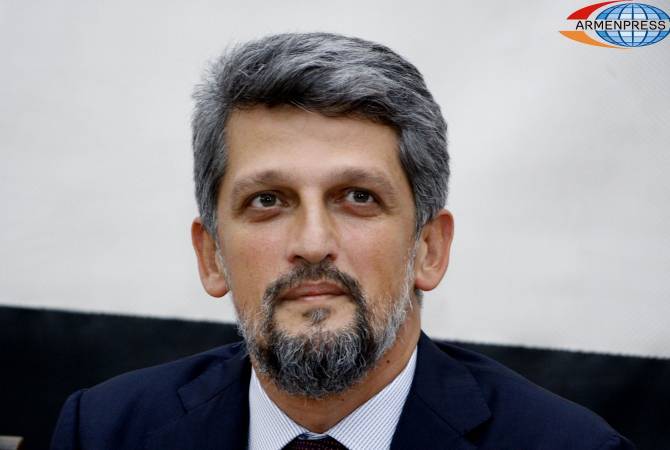 
YEREVAN, NOVEMBER 8, ARMENPRESS. Ethnic Armenian lawmaker of the parliament of Turkey Garo Paylan delivered a statement on the recognition of the Armenian Genocide during the parliamentary debate of the 2020 state budget draft, his Office told Armenpress.

“Before 1915 Armenians were living on these lands – in Isparta, Mersin, Adana, Trabzon, Tigranakert, Bursa, and one in every five in this country was Armenian, but now we even can’t fill a stadium if gather. Of course, we didn’t evaporate. A great disaster took place, which, unfortunately, we deny with an abjuration policy and refuse to talk about it for already 104 years.

Look, other parliaments talk about that, but we say let them not talk. Let the material relating to this region be talked about in this region. If there is a parliament in the world that should talk about it, that is Turkey’s Grand National Assembly because we are the sons of these lands”, Garo Paylan said.