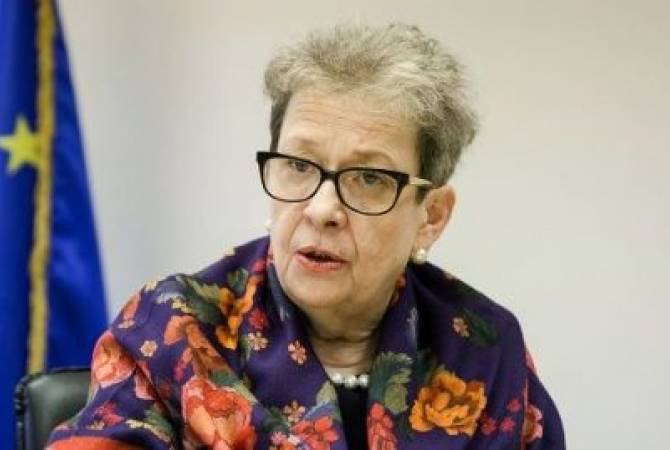 
GYUMRI, NOVEMBER 4, ARMENPRESS. The European Union is not only interested in the ongoing judicial reforms in Armenia, but also supports them, Head of the EU Delegation to Armenia, Ambassador Andrea Wiktorin told reporters today in Gyumri.

“The European Union in Armenia is in a very close contact with all concerned sides and is interested in supporting the Armenian government in the implementation of the reform agenda and sustainable democratic developments. Therefore, the EU supports the implementation of judicial reforms, and our agencies at the Brussels headquarters are in a very close contact with the Armenian government”, she said.

The Ambassador stated that the EU very closely and carefully follows the ongoing developments directed for internal reforms in the judiciary and the investigation of judicial cases, but doesn’t give any comment on these cases.