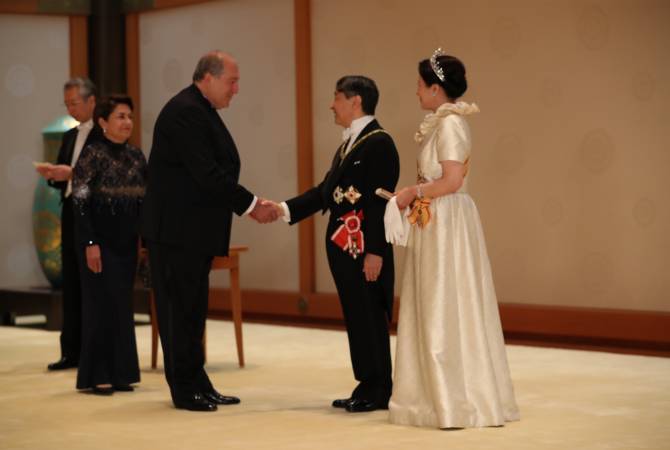 
YEREVAN, OCTOBER 23, ARMENPRESS. President of Armenia Armen Sarkissian and spouse Nouneh Sarkissian participated in a reception organized on the occasion of the enthronement of new Emperor Naruhito of Japan in Tokyo, the Presidential Office told Armenpress.

The reception was attended by royal families, heads of state and government, high-ranking officials.

The Armenian President congratulated the Emperor on enthronement.

President Sarkissian had brief talks with a number of officials, heads of state on the sidelines of the event.