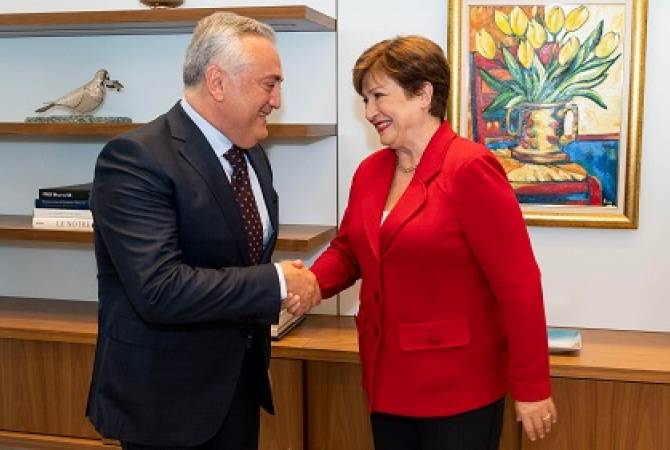 The delegation visited the USA to take part in the autumn meeting of the International Monetary Fund (IMF) and the World Bank.

At the meeting with IMF Managing Director Kristalina Georgieva, the Armenian side congratulated the latter on her election. The CBA President and the deputy PM highly valued the IMF’s role in the stabilization of the economies of developing countries, including Armenia.

The meeting participants discussed the ongoing joint projects with the IMF, the Armenian economy’s development prospects and challenges, as well as the regional opportunities.

At the end of the meeting the CBA President invited Mrs. Georgieva to visit Armenia to participate in one of the conferences implemented jointly with the IMF.