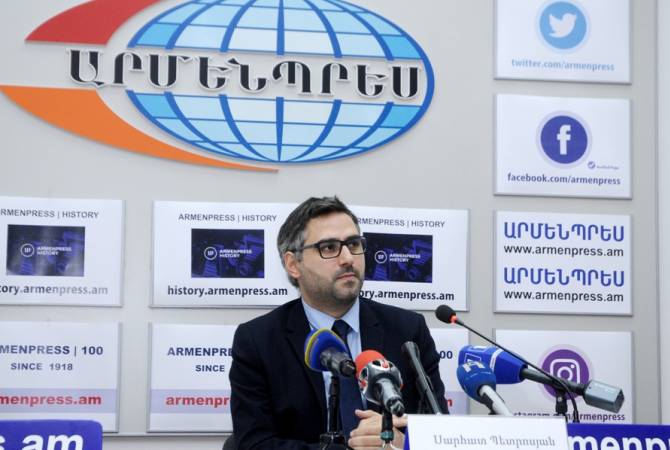 In a statement posted on Facebook, Petrosyan said he hopes his resignation will be accepted and formalized at the next Cabinet meeting.

He mentioned his more than 1 year in office to have been an “an honorable, instructive, interesting as well as responsible period”.

“Therefore I would like to thank Prime Minister Nikol Pashinyan for the trust and reaffirm my endorsement to the changes that he has brought, although in different episodes I’ve had and have internal disagreements. The unbelievable change that he brought to our reality changed our entire mentality and proved that the preceding universally made civil efforts weren’t in vain. I hope I have justified the prime minister’s expectations and that there haven’t been big dissatisfactions over my work,” he said, also thanking his colleagues at the Cabinet and the PM’s Office.

Petrosyan said his resignation has only professional reasons associated with the ongoing sectoral policy.

“And let no one try to take advantage from this with some political aspirations and find some reasons associated with family ties: we have numerously proved that unlike many we are far from venal, narrow family clan relations, and each of us has always freely expressed their personal stance based on their political vision. I continue to find the 2018 changes to be one of the most important achievements of the Armenian people in the modern period, which must be preserved, developed and spread, by not allowing [nation-less opportunists] to defame it or use it for their personal welfare,” he wrote.