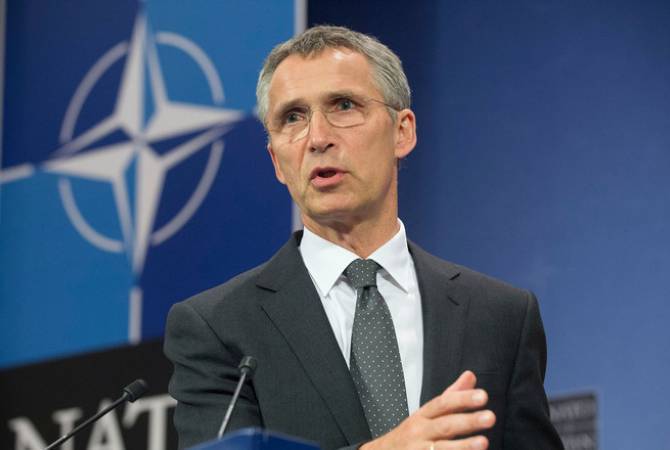 
YEREVAN, OCTOBER 14, ARMENPRESS. NATO supports the OSCE Minsk Group Co-Chairs’ efforts for a political solution of the Nagorno Karabakh conflict, NATO Secretary General Jens Stoltenberg said at the NATO PA’s October 14 session in London in response to a question from a delegate of the Armenian parliamentary delegation to NATO PA.

Question:  The Armenian Prime Minister Pashinyan recently stated that NK conflict settlement should be equally acceptable to people of Armenia, Nagorno Karabakh and Azerbaijan. This message of the Armenian side goes in line with the call of the OSCE Minsk Group co-chairs to prepare the populations for peace. Unfortunately until now the other side did not reciprocate this statement. Moreover, it continues to intensify its bellicose rhetoric. In this regard I have a question: How can the North Atlantic Alliance contribute to the fair and long-lasting settlement of the Nagorno-Karabakh conflict and in particular - how can NATO support the efforts of the Co-chairs of the OSCE Minsk group?