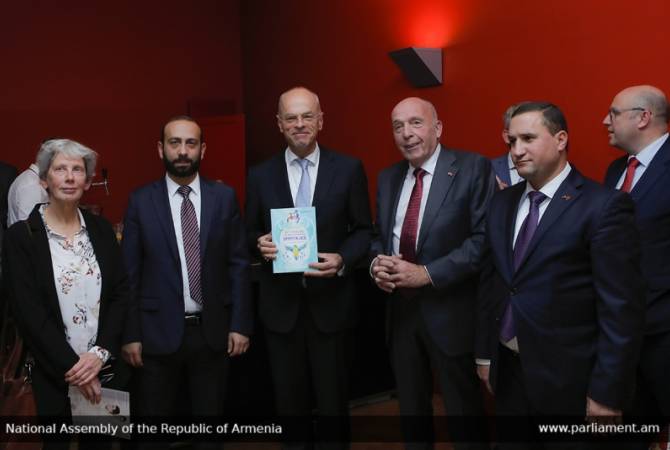 
YEREVAN, OCTOBER 11, ARMENPRESS. In the evening of October 10, the delegation led by Speaker of Parliament of Armenia Ararat Mirzoyan took part in the reception organized by the Embassy of Armenia to the Netherlands on the Armenian Independence Day.

The President of the Senate of the Netherlands, members of the diplomatic corps and numerous representatives of the Armenian community also attended the concert.