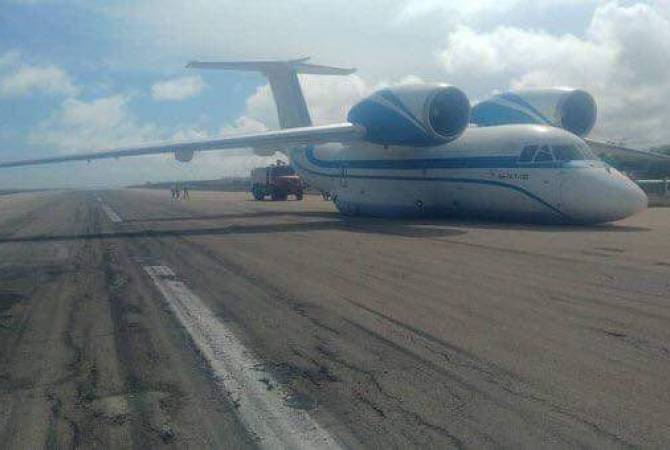 
YEREVAN, OCTOBER 10, ARMENPRESS. A An-74 EK 74008 aircraft operated by the Armenia-based Mars Avia CJSC has made an emergency gear-up landing on October 9, 11:20 UTC in Mogadishu Airport, Somali.

The Civil Aviation Committee of Armenia said on Facebook that the aircraft has been damaged in the landing.  There were no passengers on board.

The crew was unharmed after the incident.